The Great Change: Positive Vision For Our New World

The ancient wisdom traditions have long believed in a time when reality itself would shift dramatically and mankind would restore harmony upon the earth.

A time in which we would anchor in a new level of human potential in creativity, intelligence and wellbeing. Deep within us, humans have held faith in this positive change, called by many names –The New Earth, The Golden Era, Taripaypacha (“The Time/Space in which we will meet ourselves again” in the ancient Andean language of Quechua). We’ve been hoping for a great shift for a long, long time.

By March 16, 2020, the day Peru entered a State of Emergency due to COVID-19, I had been studying and experiencing “The Golden Era” for more than a decade from my headquarters in Cusco, Peru. Thanks to my own experiences and experiments in subtle energy and consciousness, I had developed a deep belief in this positive vision for humanity and Earth itself, but I thought it would unfold slowly, over the course of centuries—not months—and that IF a dramatic moment of change occurred, it would be during the lifetimes of my great-great-grandchildren. But it seems there are other plans in the works, as we are experiencing quantum leaps of awareness in the world today. Has the world harmonized overnight? Certainly not, and we have more work to do than ever before. But along with great challenges comes the opportunity for positive change.

“We got an unmistakable chance to wake up.”

For the first time in human history, everyone was sent home, a massive “Go to your room!” from Creation, if you will. Under the conditions of a world shut down, we were presented with the chance to slow down, feel our emotions and bodies, and take a good hard look at the world we are living in, at the world WE have created and upheld. And many of us got to see that we’ve been operating in a way that we don’t respect, trust or enjoy. We got an unmistakable chance to wake up. And it wasn’t just for spiritual practitioners or dedicated seekers; this was for everyone. There was no escaping it.

I am experiencing and witnessing a radical new level of awareness, in myself and in others. We have been co-creating and perpetuating a flawed system in which we believe that there is not enough of anything we need, we must suffer to survive, and we justify hurting others and our planet because we see no other way. We’re taking the old models that no longer serve us — models based on separation and lack rather than connection and abundance — and we’re upgrading them.

“The time is NOW. And the Universe is on our side.”

Join me as we bring in The Golden Era  through the changes we’re making within our own lives, big and small. We are ushering in this era in how we choose to show up for ourselves and each other, for our planet and her creatures, for our dreams and visions for a better world. The time is NOW. And the Universe is on our side.

For the highest good of all beings everywhere. 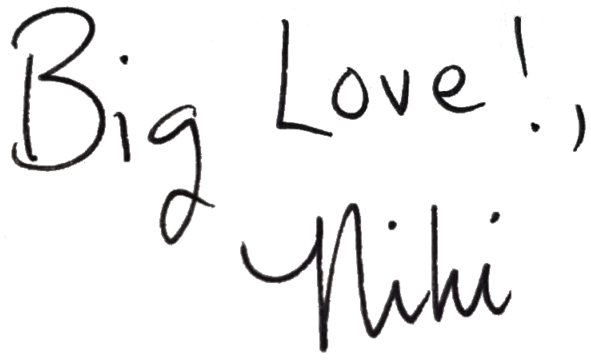